RHYTMME: a tool for managing natural hazards in the PACA region

The Provence-Alpes-Côte d'Azur (PACA) region is particularly vulnerable to flooding, torrential floods and landslides. In 2008 Météo-France and the National Research Institute of Science and Technology for Environment and Agriculture (IRSTEA) launched the RHYTMME project (which stands for Hydrometeorological Risks in Mountainous and Mediterranean Areas) to develop an Internet platform populated by radar datasets and dedicated to monitoring rainfall and the associated risks. As part of the project, three new X band radars have been installed on Maurel Mountain (Alpes-de-Haute-Provence), Mont Colombis and in Vars (Hautes-Alpes). Since 2016, Météo-France radar datasets have been serving as real-time input into an operational Internet platform for tracking rainfall across the region. This data is rounded off with statistical, hydrological and morphological information to determine the more or less exceptional nature of the rainfall and waterway flows and to assess the imminent likelihood of debris flows or landslides. State departments and local authorities in the Hautes-Alpes, Var, Alpes-Maritimes and Bouches-du-Rhône départements have had access to this tool since 2016. Roll-out is set to continue in 2017 across the Alpes-de-Haute-Provence and Vaucluse départements.

A wider-reaching warning system for prefectures 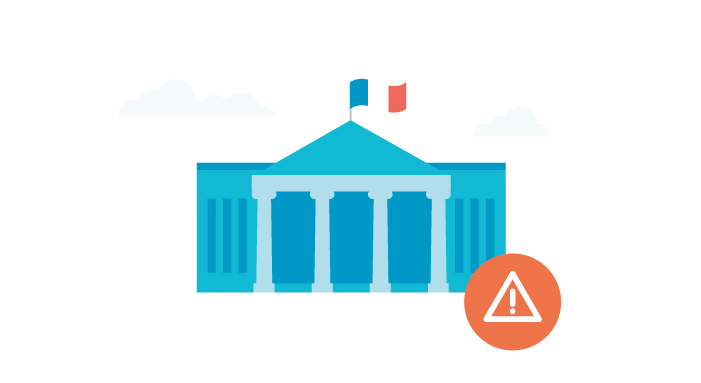 Mindful of improving the information required for the State’s warning chain, in the spring of 2016 Météo-France set up a new SMS-based warning system for prefectures. This service is particularly intended for warning on-call prefecture staff of any changes affecting the weather warning level (green, yellow, orange or red) for their département or neighbouring départements. It rounds off the existing severe weather management, anticipation and prevention system.

The involvement of Météo-France’s teams during the heavy rain that fell across much of Northern France at the end of May and in early June 2016 went beyond merely anticipating and monitoring the event. As an expert to the Interministerial Committee for Natural Disasters (CatNat), the institution drew up département-level reports within very tight deadlines (less than a week) for the twenty or so départements affected, so as to enable claimants to have any damage suffered taken swiftly into account by their insurance companies.

In all, over the year, expert appraisals for more than 2,000 municipalities in mainland and Overseas France were carried out.

The 21st session of the Conference of the Parties to the United Nations Framework Convention on Climate Change (COP21), in Paris in 2015, ended with the signature of an international agreement to limit global warming to 2°C on average compared with the beginning of the 20th century. This agreement came into force on 4 November 2016. It commits States to drastically cutting their CO2 emissions by 2025-2030.

No realistic climate simulations factoring in the COP21 targets had hitherto been available. To assess the multi-sectoral (on the economy and energy sectors for example) and climate repercussions of such commitments, in 2016 Météo-France climatologists, together with economists from the CIRED (International Research Centre on the Environment and Development), developed the first CO2 emission scenarios from 2015 to 2100 to be compatible with the 2°C target and involving the level expected for 2030. These scenarios, all of which entail negative CO2 emissions from 2060-2070, were assessed in terms of global warming by the Earth system model CNRM-ESM1 of the Météo-France National Centre for Meteorological Research. The macroeconomic model IMACLIM, developed at the CIRED, was then used to estimate what structural transformations would be required in the energy sector for these scenarios, compatible with the objectives of the COP21, to become a reality. IMACLIM indicates that, from the mid 21st century, energy sources that do not emit CO2 (biomass, tidal, wind, solar or nuclear) will have to make up the bulk of the energy mix worldwide. That said, in the same way that it will not be possible to completely move away from using fossil fuels (oil, gas and coal), CO2 emissions will continue. It will therefore be necessary to harness the advantages of zero-emission technologies (such as coupling use of biomass to generate electricity with carbon sequestration on a massive scale) if we have any hope of achieving the climate targets of the COP21. 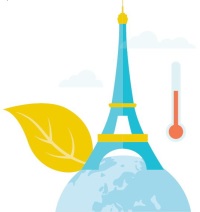 Mountain ecosystems and economic activities associated with winter tourism are among the most vulnerable to climate change, and such observations justify giving priority to developing climate services to support adaptation policies. The GICC/ADAMONT projects in the Alps and INTERREG/CLIM’PY in the Pyrenees thus set out to scale up the tools and assessments available in these areas. They bring together Météo-France’s operational departments and National Centre for Meteorological Research in partnership with external organizations, IRSTEA and the National Center for Scientific Research (CNRS) in particular.

Since the ADAMONT project was first launched back in 2015, some 30 climate simulations of the EURO-CORDEX ensemble (climate change projections at European level) have been processed to force Météo-France’s snow model Crocus and draw up new snow cover trend scenarios by mountain range, altitude and exposure across France’s mountain ranges through the 21st century. Consideration of snow-grooming and the contribution of artificial snow in addition to natural snow cover have also been studied to ascertain the impacts of climate variations on skiing in resorts.

For its part, the CLIM’PY project launched in July 2016 is aimed at fine-tuning this assessment at the scale of a cross-border mountain range, in close liaison with the Spanish and Andorran teams. Beyond work on the current and future climate trends in the Pyrenees (extreme events and snow cover), CLIM’PY is part of a broader programme supporting development of the Pyrenees Climate Change Observatory, which comprises various components on biodiversity, forests, natural hazards and water resources. 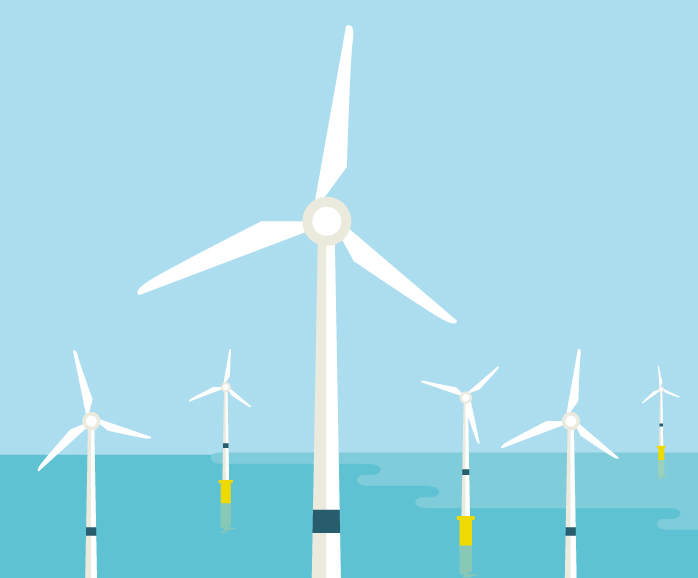 In 2016, Météo-France shored up its position in the renewable energy sector by initiating a partnership with the Ministry of the Environment’s Climate and Energy Directorate to lay the groundwork for launching the 3rd invitation to tender for offshore wind farms.

The institution has been selected to perform risk studies in zones identified as being well-placed to develop offshore wind energy projects off the coast of Dunkirk. This study includes a measurement campaign out at sea: launching into the sea and operating a buoy equipped with LiDAR technology and conducting a series of analyses. These seek to assess the risks from wind, swell, extreme waves and turbulence (vertical wind shear) that may have an impact on the operation of wind turbines. 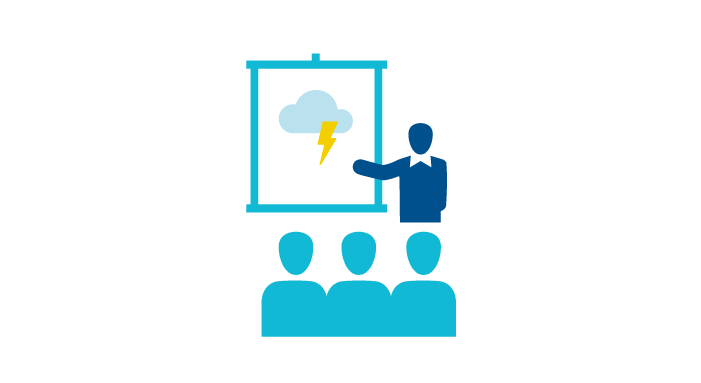 In 2016, Météo-France opened up its distance learning program on climate change and use of the DRIAS climate data portal to external audiences. Called CICCLADE (which stands for Understanding the impacts of climate change via distance learning), this course is intended to meet the expectations of professionals keen to gain a clearer grasp of the challenges of climate change. Trainees from a wide range of professional sectors – public institutions, water board, large cities, Ministry of the Environment, insurance companies or journalists among them – have been able to learn from it so far, and the program is to be continued in 2017.

Pursuant to the provisions of its founding decree, supplemented by the Interministerial Ruling of 8 September 1998 as regards the Armed Forces, Météo-France provides weather-related guidance to the Ministry of Defence, thereby making an invaluable contribution to the safety and smooth running of military operations. It plays a direct part in the operational efficiency of the Armed Forces and in their independent assessment of situations.

There were several landmark achievements through 2016, not least :
– the first inter-armed forces class of meteorologists NCOs. The latter now take part in the ENM’s syllabus for Technicians of the Meteorological Occupations. This certifying course is fully in line with the requirements of the World Meteorological Organization (WMO) and the International Civil Aviation Organization (ICAO) in terms of aeronautical meteorology;
– the renovation of the workstation for military meteorologists, with Météo-France’s delivery of the first version of the SYNPA software suite. To bring this project to fruition, Météo-France and the Armed Forces did a great deal of advance planning to incorporate the software into the scope specific to the Ministry of Defence. Judging by the success of SYNPA’s first few months in inter-armed forces operation, end users should have no problems taking the system on board;
– the finalization of agreements defining the division of responsibilities between Météo-France and the Armed Forces for delivery of the meteorological service on military airfields. In August 2016, and in the same way as was achieved the year before for joint-use military airfields, an additional protocol concerning military airfields closed to civilian aircraft was also signed.

1.1 Informing and raising awareness among citizens

1.4 Meteorological and climatic services for businesses